Migrating to Australia comes with the barriers of moving to any other country: you must overcome the job application process and the immigration procedures. However, you must also take into account what it is like to live in Australia. The living conditions are an intergral part of working in a new country and you should read our advice on this page to learn what it’s like to live ‘Down Under’.

Australia is a diverse, multicultural society comprised of people from many backgrounds. An estimated 22% of the 22 million strong population are born overseas; migrants contribute significantly to the Australian way of life.

Today, Australia is considered to have one of the strongest economies in the world. In addition to a temperate climate, beautiful landscape and political stability, the standard of living in Australia is high in comparison to many other countries.

Australian working conditions are very good. The average weekly total earnings of workers living in Australia averaged A$1080.30, according to the Australian Bureau of Statistics in November 2012.

Your new working life in Australia won’t be too much of a shock if you’re used to working 37.5 hours in the UK – the standard in Australia is 38 hours per week. The standard annual leave entitlement is just 20 days, for each 12 months of service. But the good news is there’s a minimum of 11 public holidays per year!

The seasons are the opposite to the UK. Summer is December to February; autumn is March to May; winter is June to August; and spring is September to November.  Christmas during summer time takes some getting used to; surf instead of snow is not what you would usually expect!

Australia compared to the UK

If you lived in Australia rather than the UK you would:

Over 75% of Australian homes are detached houses. The most popular housing type is a single storey detached bungalow with three bedrooms. Aussies are yet to embrace the European-style flat living.

The NHS is not something you will find in Australia and you must pay for healthcare there. Moreover, unlike the UK, you will have to pay for doctor’s appointments. Prescription charges apply in Australia too. Hospital treatment is free – but ambulances are not.

Be prepared to encounter all sorts of new wildlife when you move to Australia. Kangaroos, koala bears, spiders and crocs to name a few! 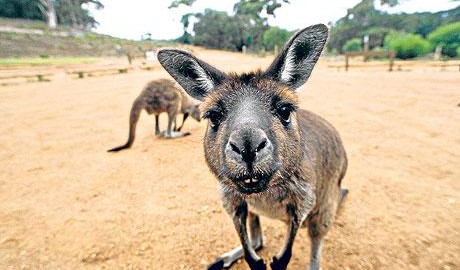 Back to work in Australia