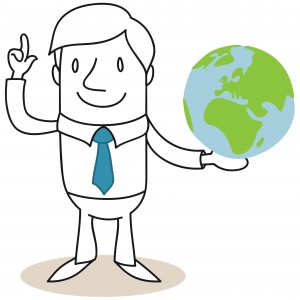 Before going to work abroad, one should be aware of the living and working conditions that they are to encounter.

Working abroad in any country will come with its culture shocks and differing routines. Living in Spain is no different. The attitude is very relaxed. Weekends are not for getting the DIY done and making holiday plans, but instead for lying on the beach and drinking cerveza. The care-free attitude takes some adjusting to as an uptight Brit, but is very nice once you are used to it. The eating routine is also strange at first. As opposed to my usual dinner time of 7-8pm in the UK, in Spain they don’t have dinner until 10-11pm. This is because Spaniards tend to have a bigger lunch and for dinner just small tapas with a beer or sangria. It does make sense, because we shouldn’t be eating huge meals before bedtime anyway!

Spain’s work ethic is: work hard, relax hard. During the dedicated hours of work, the Spanish work as hard as anyone. However, they also still religiously take their afternoon siesta period between 2-4 in which most shops close and offices empty. Originally, this was to avoid the blistering Spanish midday heat. However, with many business establishments now installed with air conditioning, the siesta is more out of habit now than anything else. It would not be wise, however, to come in between a Spaniard and his siesta. It is also common to take a coffee break in the morning. Due to the Spanish outdoors way of living, many workers leave the office to sit out at a local square and chat over a coffee. This differs from the UK where workers are more accustomed to sitting at their desk with a large mug o’ joe in the morning, still drying from the torrential downpour suffered en route to work.

But as long as you’re prepared for these changes, then they are really enjoyable. It’s a great way to work and ensures a less stressful, but still productive working environment.

Return to general info on Spain